Went to Fort Worth Stockyards & More

Hi Folks,
We are still in Texas, and had a break in the weather,
so we three went to Fort Worth.  Visiting the Texas
Cowboy Hall of Fame Museum has been on my bucket
list for as long as I can remember, so I'm really glad
we finally got the chance to go there.  There was far
too much to see in just one day, so this location will
remain on my list for a return visit another time.
This was our first view of the area. 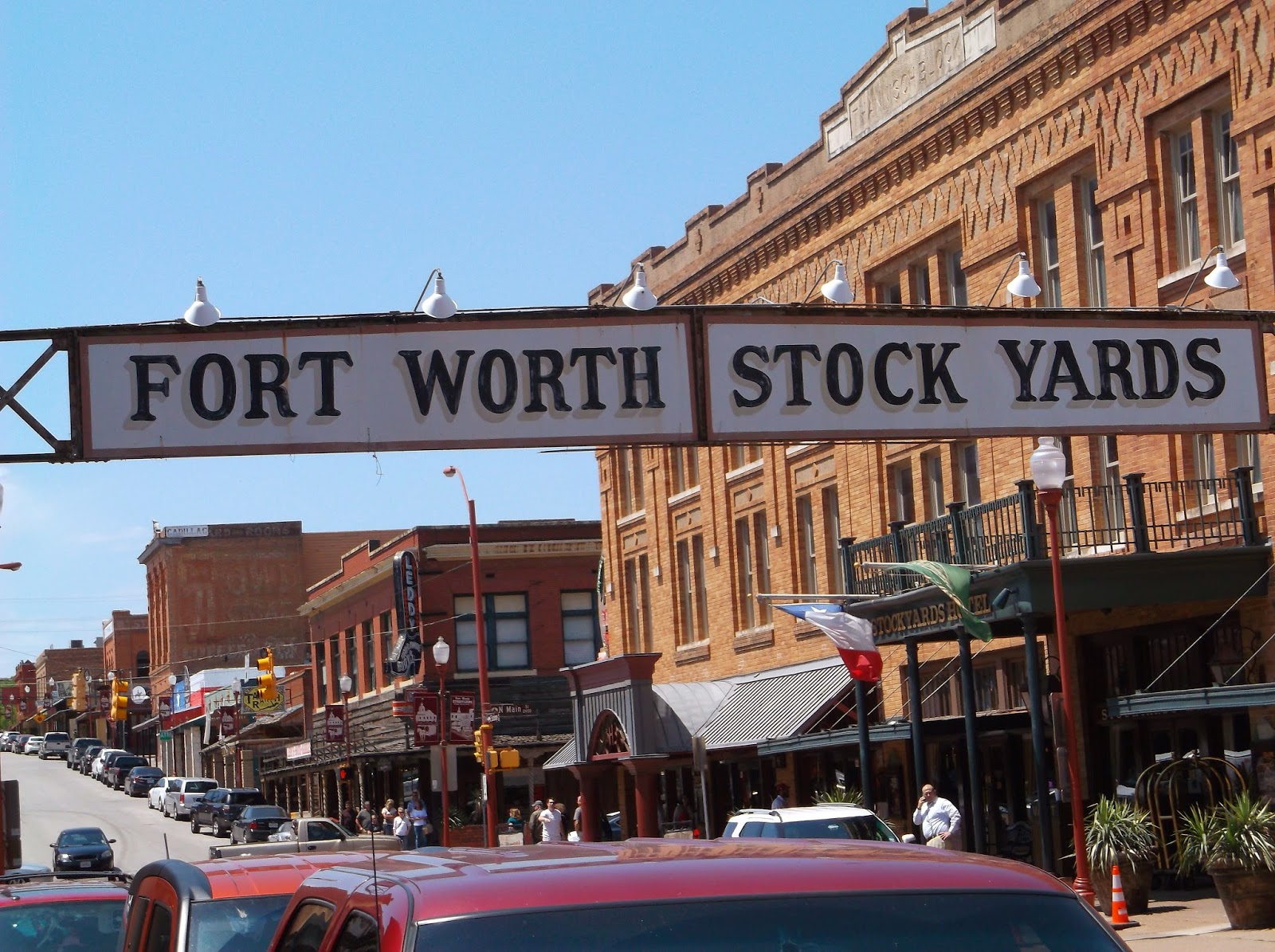 After parking the car, we went for a walk on Exchange Street.  We went looking for Billie Bob's Steakhouse. 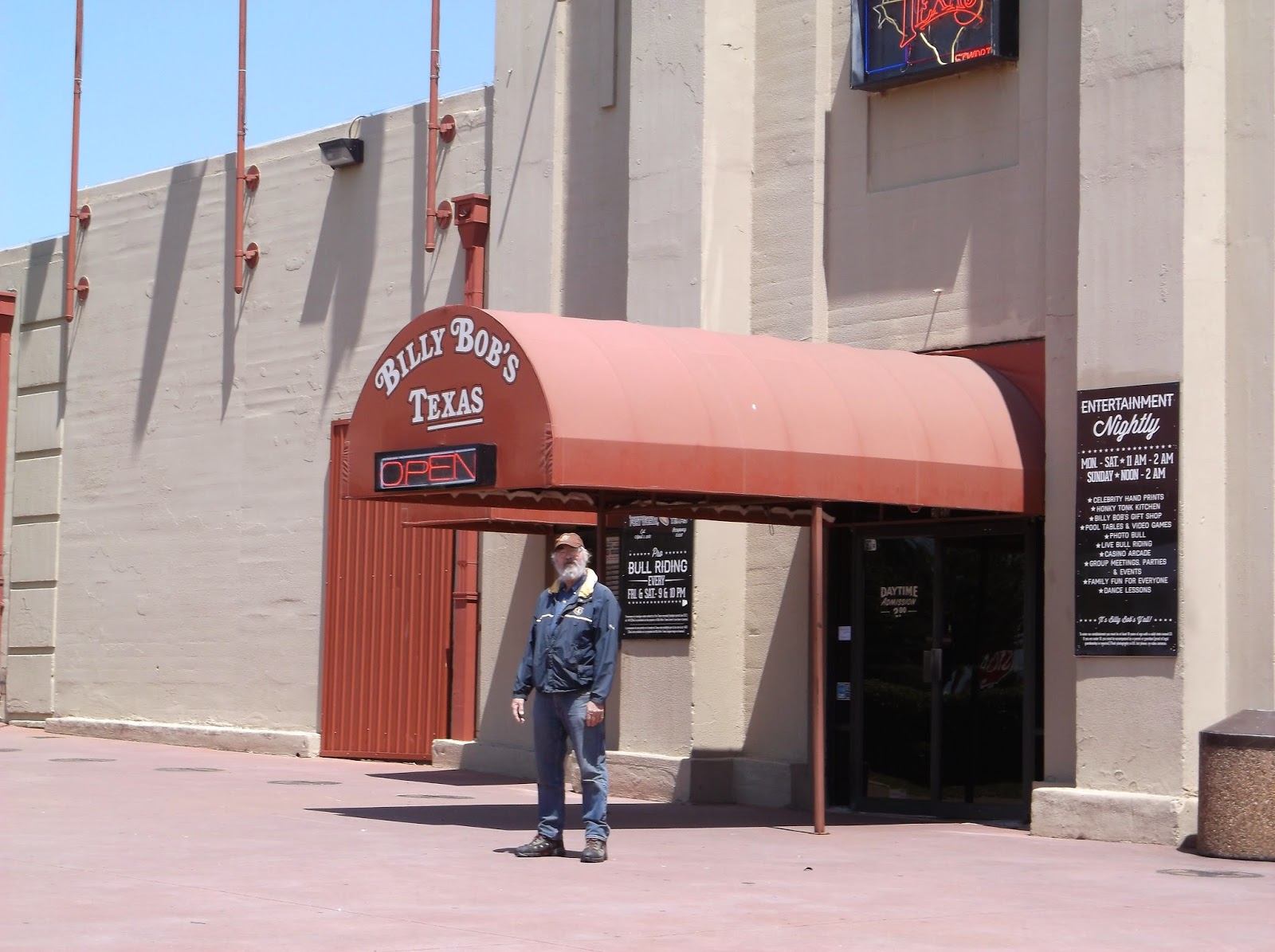 We went inside and looked around the lobby area.
They have a $2.00 per person cover charge just to get
inside.  We asked to look at their menu, and both
Jim and Mary decided they didn't want lunch here.
It would have meant quite a wait, and we wanted to
keep moving.  Before having lunch at Risky's
Steakhouse back on Exchange St. we walked though
a building with stores and more. 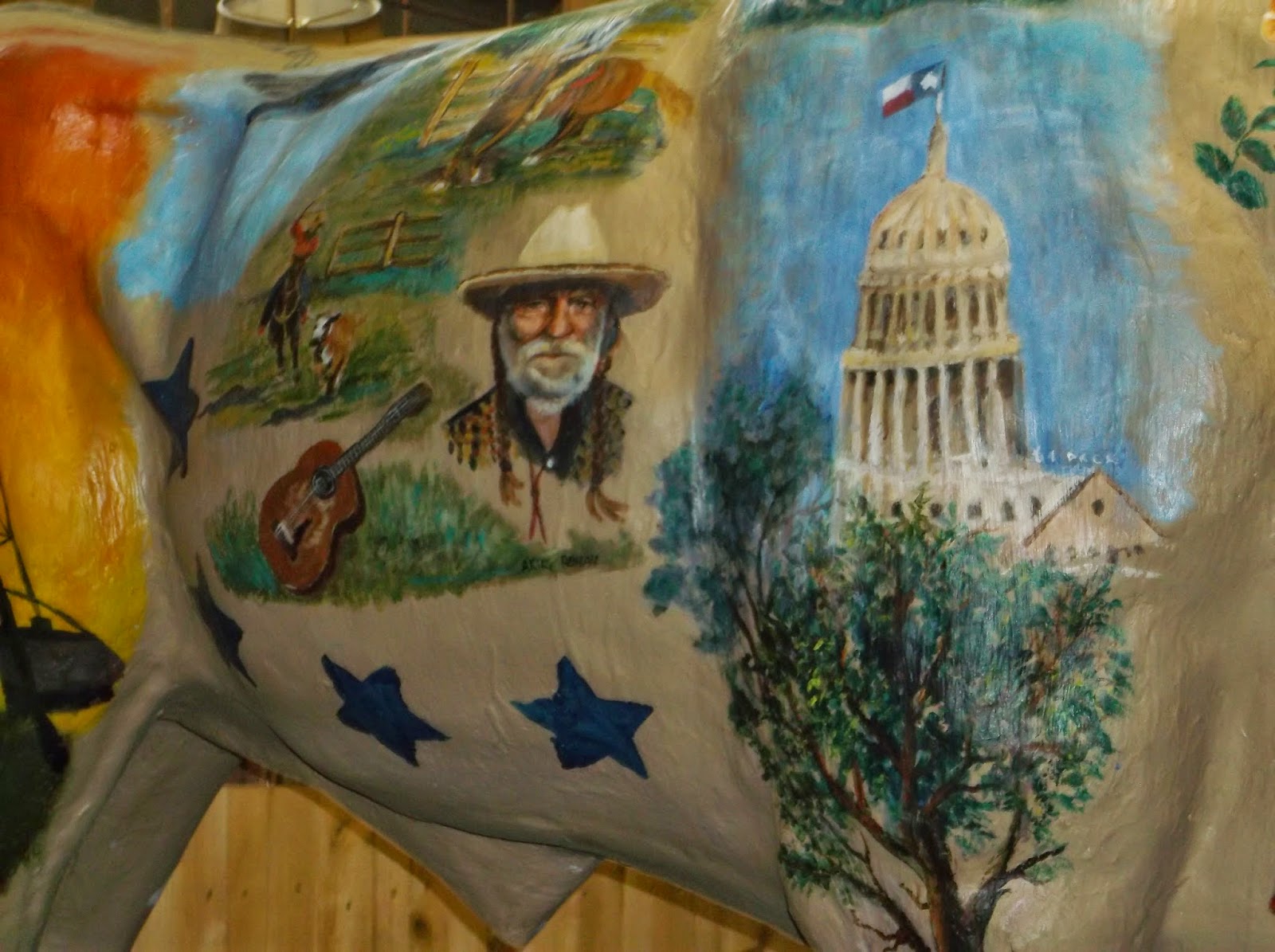 This picture of my favorite singer, Willie Nelson,was
on the side of a bull statue. 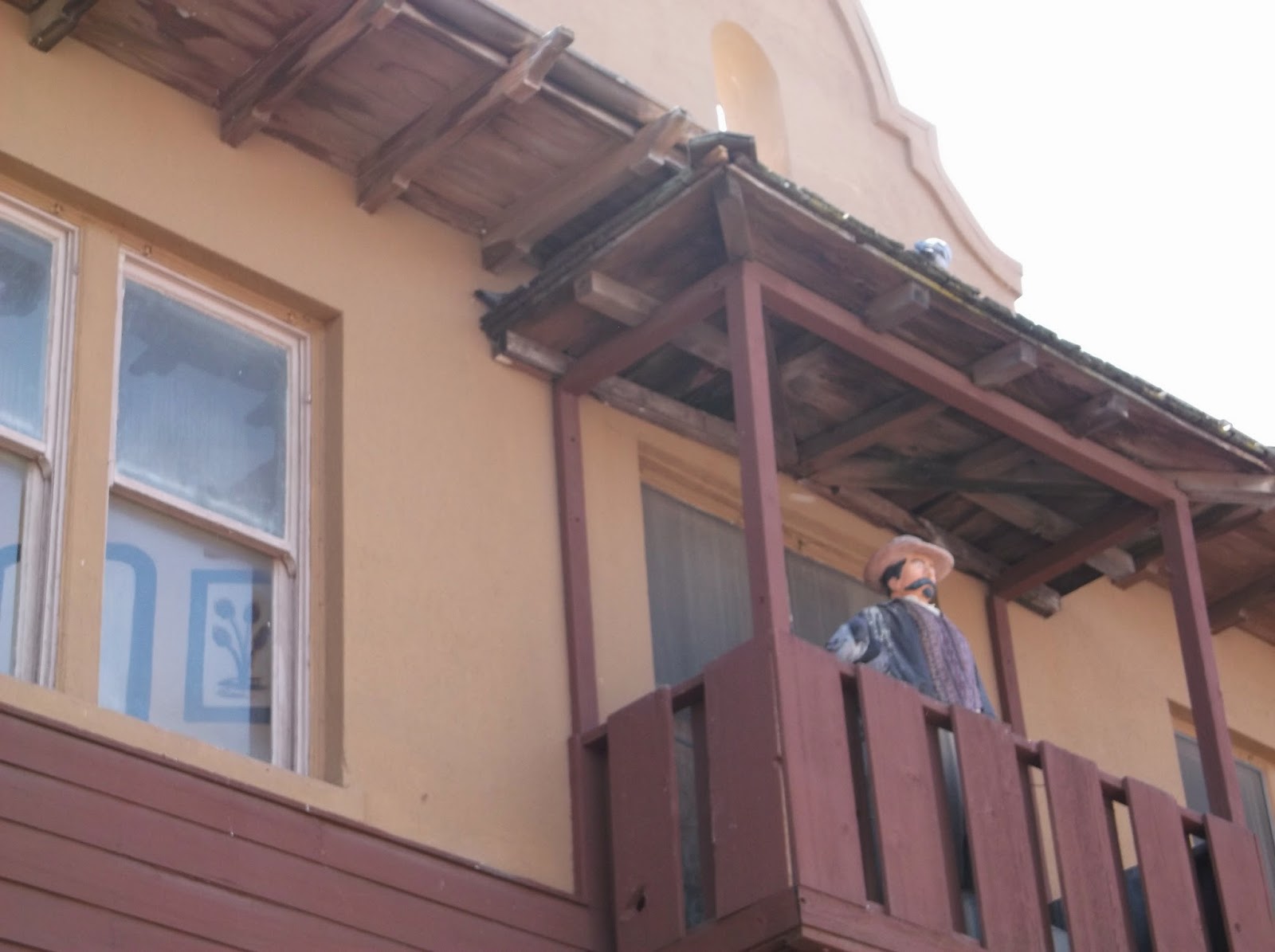 This statue was on a balcony above Risky's, where
we had a yummy lunch.  Jim also had a mug of a
local beer that he said was very good. 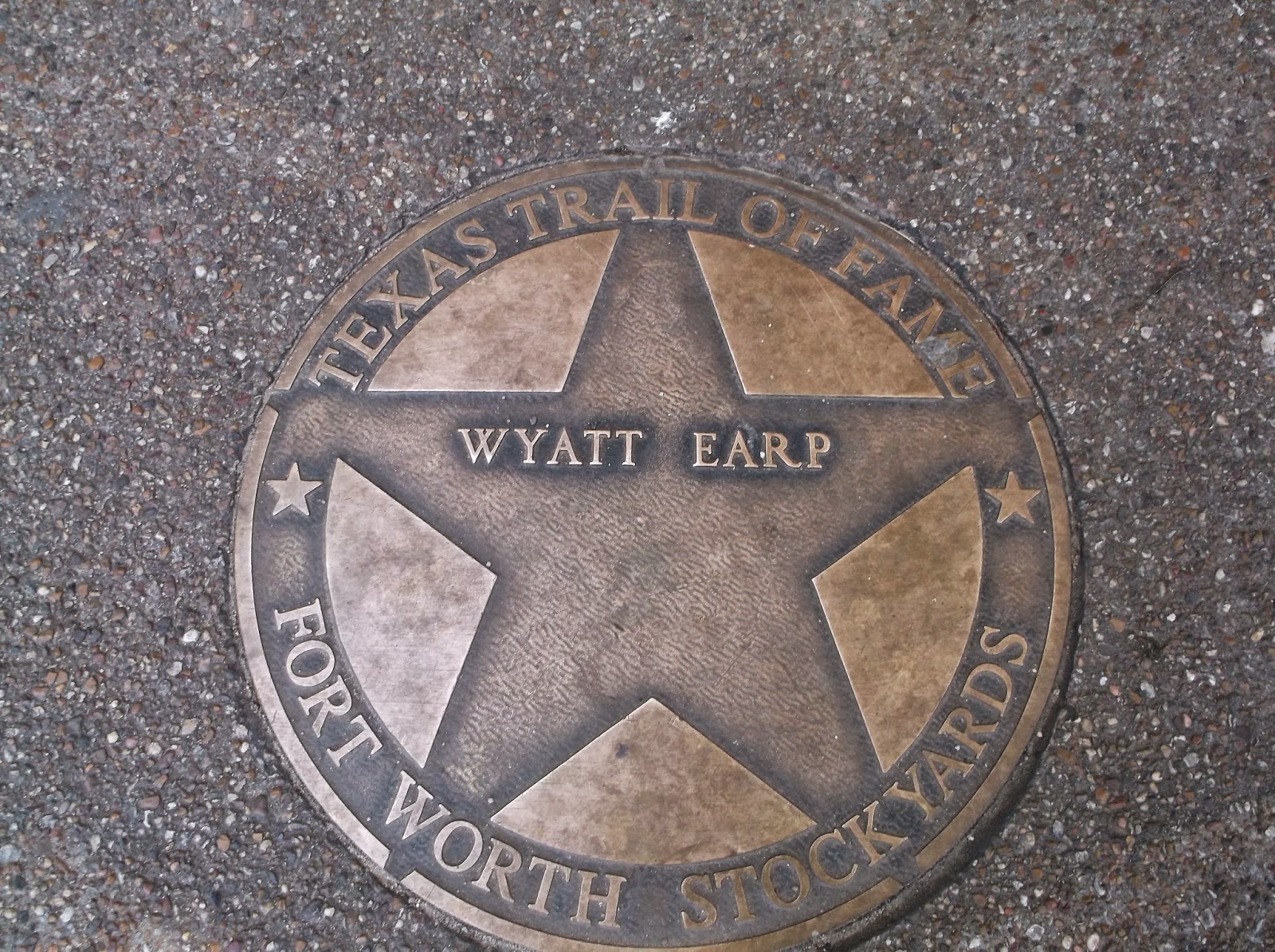 
On the sidewalk there were stars like this for many of
Texas' hero cowboys, including Wyatt Earp, Bat
Masterson, the Lone Ranger and Tonto, to name
just a few.  We had to check each one out though. 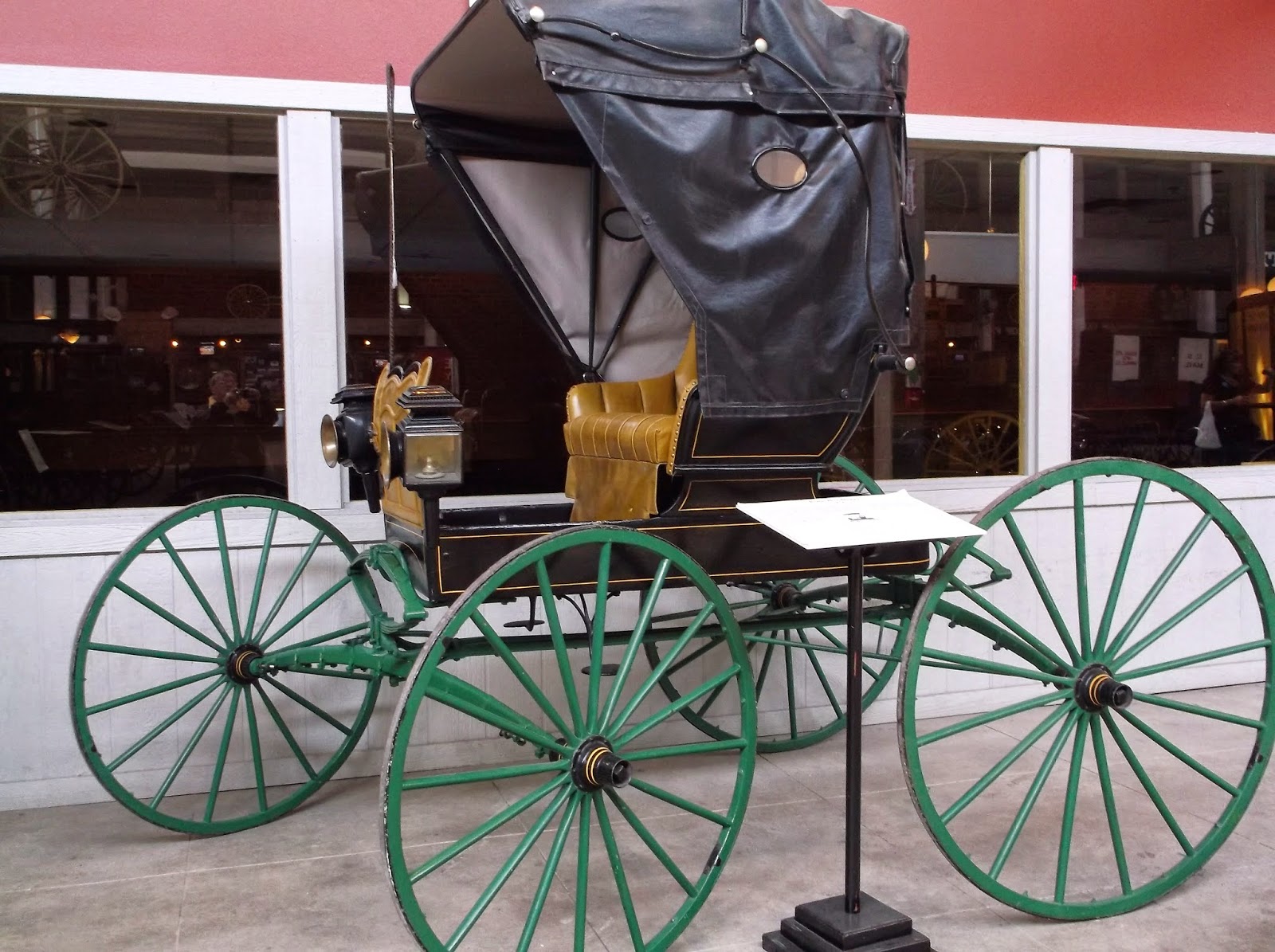 ﻿This was just one of many interesting horse drawn
wagons we saw in the museum.  There were areas
devoted to each of many rodeo cowboys, and clowns. 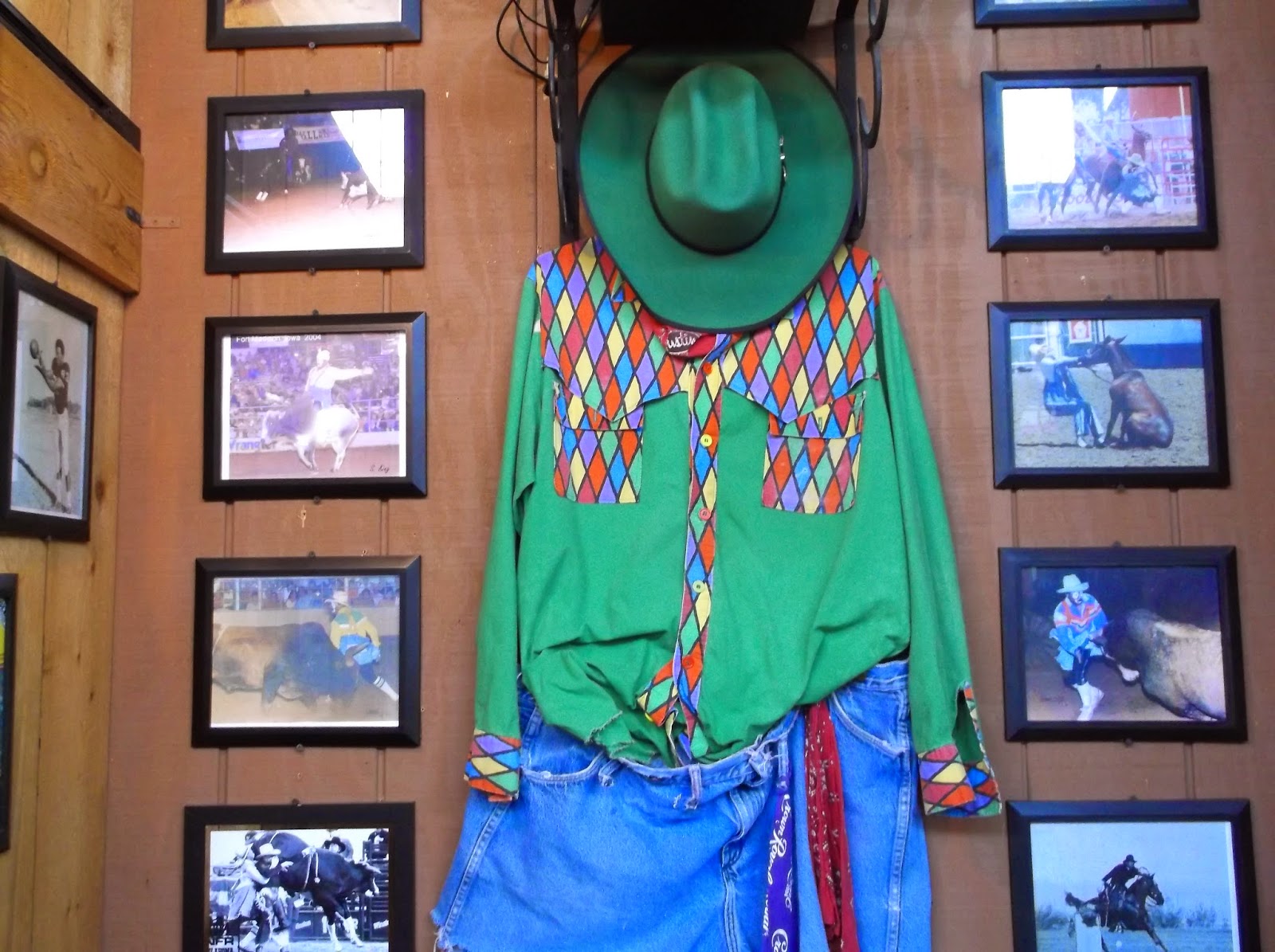 They even had a section devoted to members of the
Dallas Cowboys team! 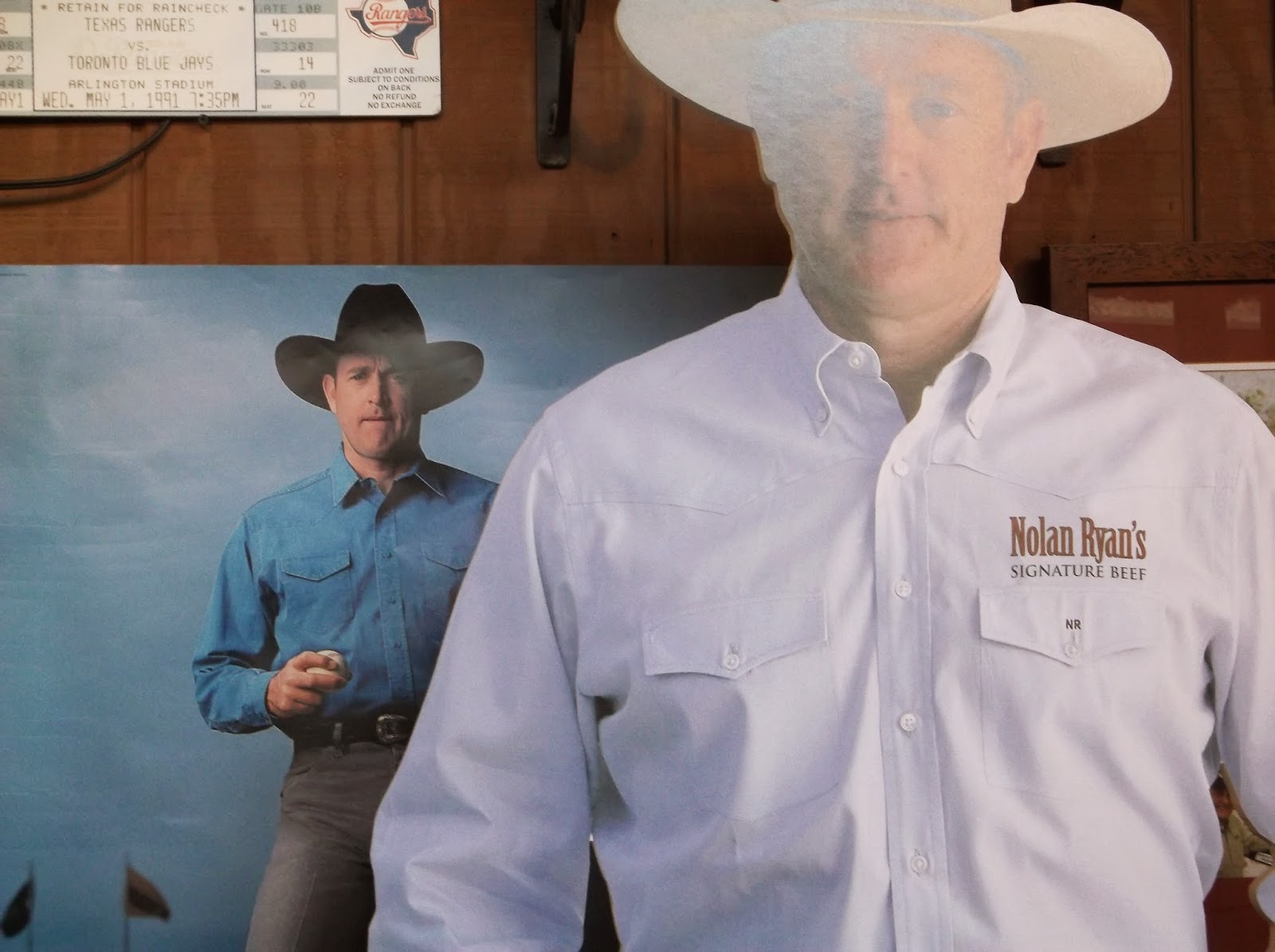 It was a really neat museum, with much more to see,
but I will only include one more picture from it. 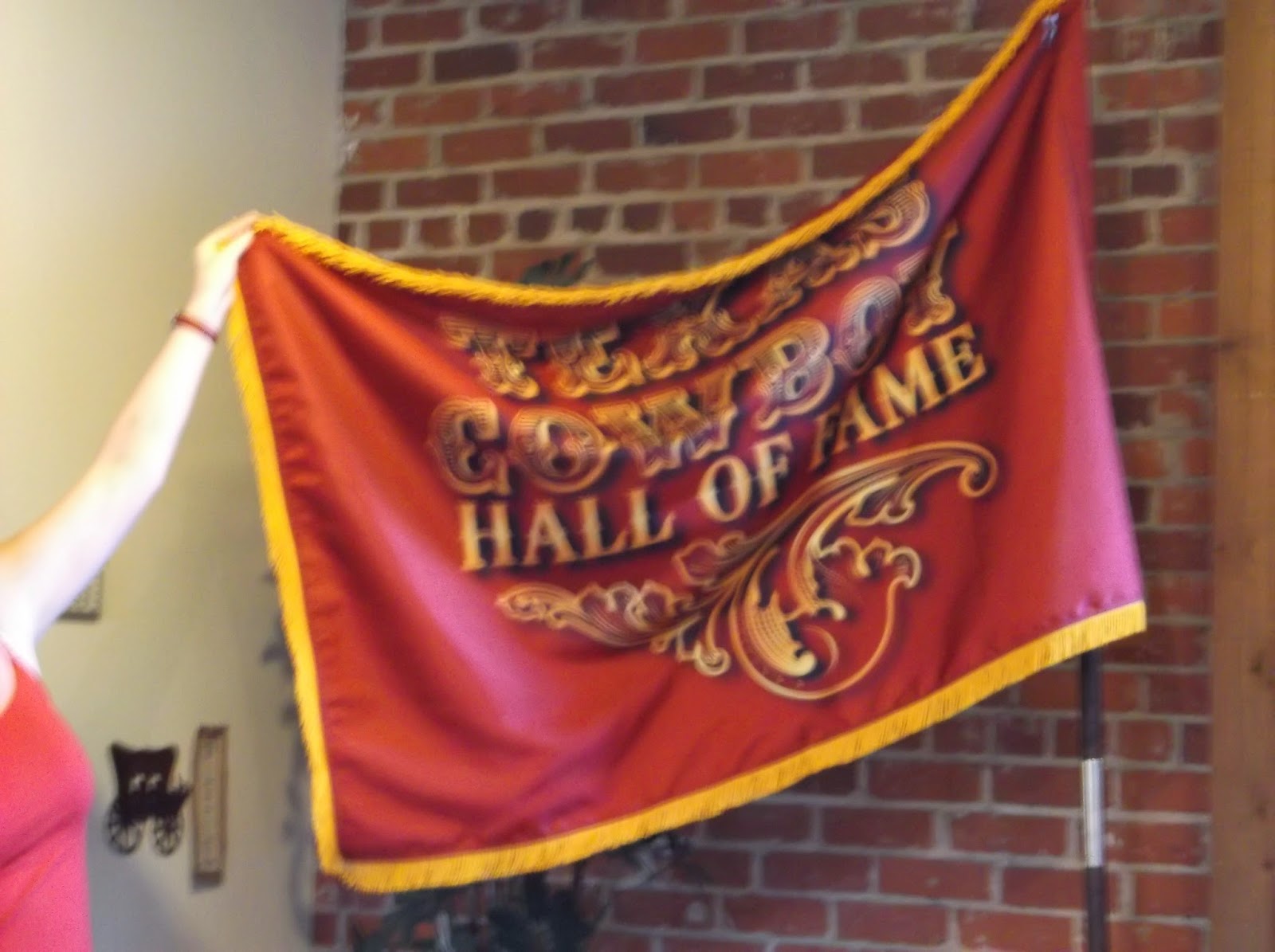 Today we went to a 50's diner called Yesterday's.
﻿
It was really cool!  There were many pictures of
stars like Marilyn Monroe, Lucille Ball, James Dean,
and more.  There was alot of Elvis Presley memorabilia.
The food was named after celebrities like the Big
Bopper, Bing Crosby, The Duke, Batman & Robin,
and even Zorro!  Below I'll include a few pix from this
cute diner.

This pink cadillac was a wall mirror in the ladies
room!

﻿
I couldn't leave this guy out, since he WAS a major
heart throb in his day.

We had a great day and now we are home with
our furry children.  Thank God the rain that was
forcast held off for us.  We have been warned of
possible major thunderstorms, and maybe even a
tornado, but we know God will not allow any harm
to come to us.  Take care and remember:
Keep the shiny side up and the rubber side down.
﻿
Posted by Jim & Sue at 3:40 PM