It has been a busy week for us.  We didn't leave Crossville, TN until Wednesday because of the heavy rain we had.
When we left the KOA, we saw this beautiful house. 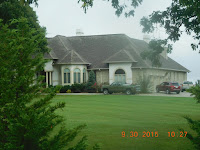 We drove to Dickson, TN to stay at a park found in our Passport America Directory.  It's not every day you see someone walking a horse through an RV Park!  LOL. 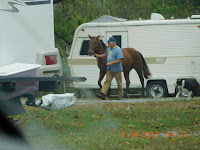 The best thing about it was that it was close to the Interstate for our departure the next day.  On the way there, we saw bill boards about the Loretta Lynn Ranch and Kitchen.  I wish we could have stayed at the campground on the grounds of her ranch, but it was about 30 miles off the interstate.  We did go to her Kitchen which was a nice restaurant and gift shop.  I'm not sure why, but this buffalo stood outside the restaurant. 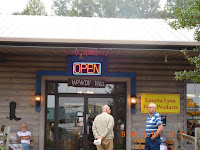 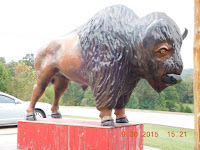 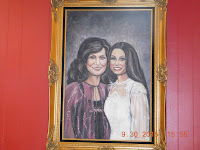 The next picture was taken out front. 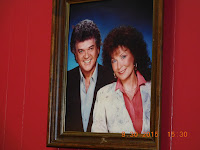 These are just two of the many wonderful pictures we saw inside.  In case anyone doesn't recognize the people, on the right is Loretta Lynn with her sister, Crystal Gayle, and the one on the left is her with Conway Twitty.
We had a really nice dinner there, and the price was not bad at all.  They also had an all-you-can-eat buffet for only $9.98, but we didn't chose to do that......too many yummy options to chose from!  We visited the gift shop and then drove back to the campground for the night.
Yesterday we continued west on I-40 and stayed at a Cracker Barrel Restaurant & Country Store near Memphis for the night.  We have decided we should NOT do that very often, as the food is very tasty and the servings are generous.  Again, the prices are not bad at all.  AND they have a lot of wonderful items one could buy in their store.  It was hard resisiting all they had to offer.

Before getting to Memphis, we stopped at a Visitor's Center, and we got to see the one-room school house where Tina Turner went to school. 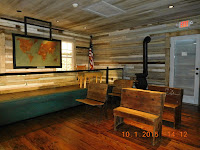 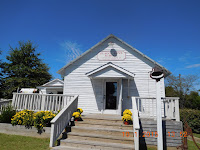 We also went inside the home of Sleepy John Estes. 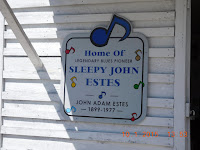 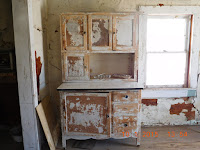 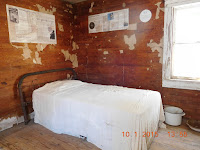 Inside the Visitor's Center we saw some really neat pictures of several Tennessee musicians, 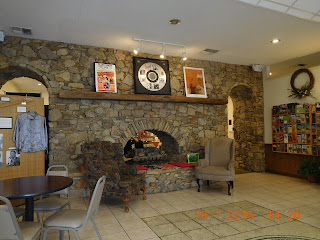 and this awesome fireplace was in the lobby area.  We couldn't resist taking some photos inside here. 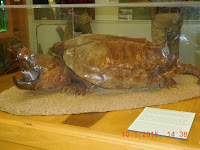 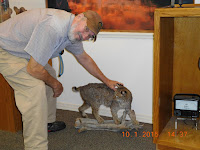 Jim tried to make friends with some of the wild life of Tennessee, but not the character on the right.

We also saw some live fish in large aquariums while we were there. 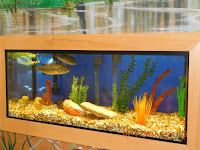 Last but not least, were the celebrities we saw.  Here's Jim, with Elvis.  LOL  Then Hank Williams, both Senior and Junior. 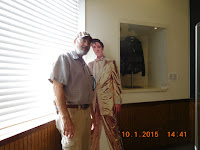 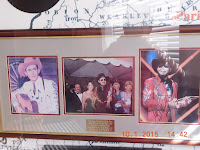 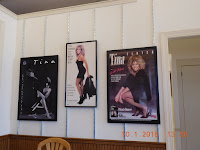 Loved these pictures of Tina Turner, Carl Perkins and these greats of the blues era.﻿ 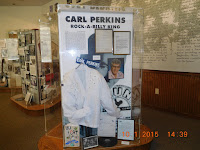 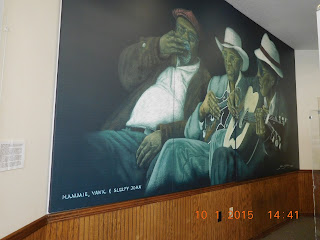 Above is Sleepy John, Hammie, and Yank.  We had a great time visiting the visitor's center and seeing these pictures.  I hope you will enjoy them too.
Today we left Memphis, and drove west on I-40 into Arkansas.  The road was in TERRIBLE condition, with pot holes and ruts everywhere.  After about 75 miles we got to better roads, and continued west.  Before we left Memphis, we did get a glimpse of the world famous St. Jude's Research Hospital founded by none other than Danny Thomas.  The last picture below was taken after we got into Arkansas.  I think it's a sports arena here sponsored by Bass Pro Shops. 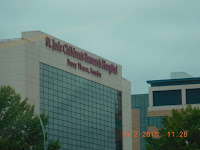 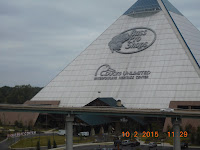 We are now at a Wal-Mart in North Little Rock.  Tomorrow we will arrive at the Elks Lodge in Fort Smith, where we will stay for two nights before resuming our travels.  This day started off really great.  After breakfast, my dear friend Joan, from California called and chatted with me for a while.  Later Carol & Ray called for a chat, and finally I called Big Fred and talked with him for a few minutes.  What a great way to start the day!!!!  I much prefer talking to people over emails and text messages.  Best of all is being face to face in person, but a phone call is great too.  Thanks for the calls Joan and Carol.  You both made my morning!  It is a beautiful, warm and sunny day here, so I'm going to close and take the dogs for a short walk.  Stay well dear friends and family.  Enjoy this great land of ours.  Keep the shiny side up, and keep the faith.  God IS awesome, and life IS good.  ﻿